Reducing CO2 emissions to respond to the threat of climate change.

It is broadly accepted that reducing man-made carbon dioxide (CO2) emissions is crucial for the future of the planet. In this sustainability trend series issue, we look at the pressures the cement industry, marine shipping, and energy generation face as their CO2 emissions come increasingly under the spotlight. The Calix Process is aiming to help industries and energy producers reduce their CO2 emissions with minimal energy or operating efficiency penalty.

THE EUROPEAN UNION – LEADING THE WORLD IN CO2 REDUCTION

The European Union is targeting an 80% reduction in CO2 emissions by 2050. To help drive CO2 emissions reductions, in 2005 the EU introduced and began operating the largest emissions trading scheme in the world. The European Union Emissions Trading Scheme (EU ETS) involves a process of allocating and auctioning tradable permits that can be used to offset actual emissions. The scheme is currently in its third phase which will run until 2020. If a particular CO2 emitter has taken steps to reduce emissions and ends up with a surplus of permits, they can sell them to another emitter who has not taken such steps, and needs the permits due to having high emissions. The “cap and trade” system involves an open market price for CO2, which has become a benchmark for the costs of emitting CO2 in Europe.

The European economic slowdown over the last decade or so reduced CO2 emissions below planned targets, resulting in a reduction in the price of these traded CO2 permits since around 2011. However, the imminent ending of the third phase of the EU ETS in 2020, and the commencement of a fourth phase where the overall emissions cap will be progressively reduced by 2.2% each year until 2030, has seen dramatically renewed interest in the purchasing of CO2 permits, as industry starts to face real and significant costs for CO2 emissions. CO2 prices have consequently shot up from a low of around €5 per tonne in 2017, to over €20 per tonne today. These real costs are generating renewed interest from industry in CO2 abatement technologies. The Calix Process is being developed in several different programs in the EU targeting CO2 emissions reduction.

Reducing emissions from the cement industry

Cement is the second most consumed substance on Earth after water – over 4.5 billion* tonnes per year! The cement industry also accounts for around 5% of global CO2 emissions. 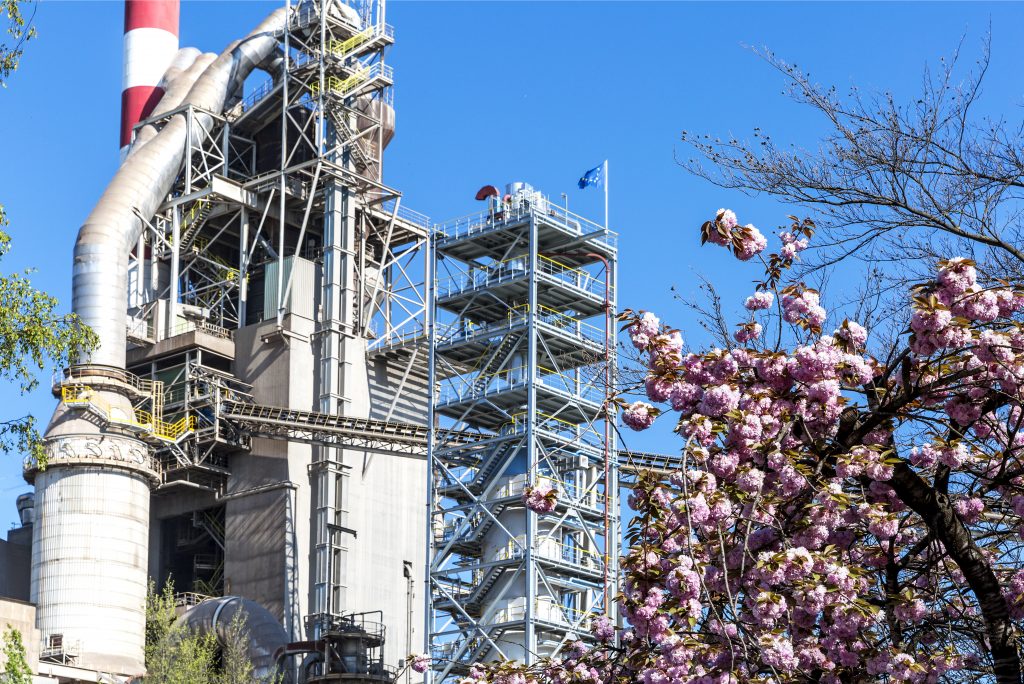 About two thirds of those emissions come from the processing of limestone used when the cement is made and as such are unavoidable. To meet the European Union target for reduced CO2 emissions, around 60% of European cement plant capacity will need to deploy some form of carbon capture by 2050. Given the pressures from the EU ETS, and also to assist with R&D funds being made available from the EU Horizon 2020 programme, some cement and lime companies are taking real steps to help develop technologies to deal with their emissions.

For example, Project LEILAC (Low Emissions Intensity Lime And Cement) is supported with €12 million from EU research funds, and involves a consortium, lead by Calix, that includes industrial heavyweights HeidelbergCement, Cemex, Lhoist and Tarmac. Project LEILAC utilises the Calix Process – a world first, patented technology that changes the way the limestone is heated, to enable direct capture of the limestoneproduced CO2. It requires no additional chemicals or processes, and is targeting no additional capital or operating penalty for the cement industry. The technology could also be developed with alternative or waste fuels or renewable energy, to ultimately achieve a zero-emissions cement.

Calix’s technology is being piloted with the world’s largest cement and lime companies to mitigate their carbon dioxide (CO2) emissions dramatically without significant energy or capital penalty.

Simon Thomsen, Calix Limited, on the economical benefits of the technology

Simon Thomsen, Calix Project Engineer explains how Calix applied its technology to the cement and lime industries, by increasing the temperature, and improving the efficiency, performance and operativity of the process.

Mark Sceats, Calix Limited, on the evolution of the Calix technology

Mark Sceats, Calix Chief Scientist, discusses the evolution of the Calix Technology behind Project LEILAC and the value of a collaborative approach with industry “the involvement of industry is absolutely critical” he says.

Phil Hodgson, Calix Limited, on the importance of partnerships

Phil Hodgson, Calix CEO and Managing Director, talks about the importance of partnerships and collaborations in the success of Project LEILAC and the development of the Calix technology.

Jan Theulen shares an industry perspective on the impacts of the Carbon Capture and Storage (CCS) Technology being piloted by Project LEILAC. He describes the Calix Technology as a ground-breaking innovation that can help decarbonise the cement industry while remaining competitive in cement markets.

Maritime transport emits around one billion tonnes of CO2 annually – about 2.5% of global CO2 emissions – and these emissions are set to grow by between 50% and 250% by 2050*.

In line with the European Union’s drive to reduce CO2 emissions, it is calling for a global approach to curbing maritime CO2 emissions and has commenced mandatory emission reporting for all large ships using EU ports from 2018.

A 2011 Transport White Paper by the EU (http://www.transforum-project.eu-/en/transforum/ white-paper- on-transport.html), calls for CO2 emissions reductions of 40% from 2005 levels to 2050, and if feasible, 50%. The peak maritime industry body, the International Maritime Organization (IMO) has responded with several greenhouse gas studies, and major shipping manufacturers such as Maersk are leading initiatives to reduce maritime emissions.

The Calix Process is being developed to capture sulphur and CO2 emissions in ships with a system called RECAST. RECAST involves using a dry exhaust gas scrubber – essentially a Calix Process reactor “in reverse” using lime – which would absorb more than 85% of the CO2 and most of the sulphur, and recover the heat of absorption to add around 50% to the ship’s range.

If RECAST technology were applied to the 25% of high- mileage ships, which use 80% of global bunker fuel, the theoretical reduction in emissions would make the total world maritime fleet carbon negative. To achieve this, the lime used in a RECAST scrubber must be manufactured in a (shore-based) Calix Process lime producer, which captures the CO2 from the raw limestone.

This technology now being demonstrated at scale in Belgium in the LEILAC Project. Initial estimates suggest RECAST could cost less than $40 per tonne of CO2 emissions saved, making it cost-effective as well as safe and reliable.

Calix’s solutions for Reducing CO2 Emissions  can be a major driver of sustainability on a global scale and therefore an important step in reaching the UN Sustainable Development Goals (SDGs).

CALIX NEWSLETTER
Get the latest news, customer stories, and R&D updates delivered to your inbox.